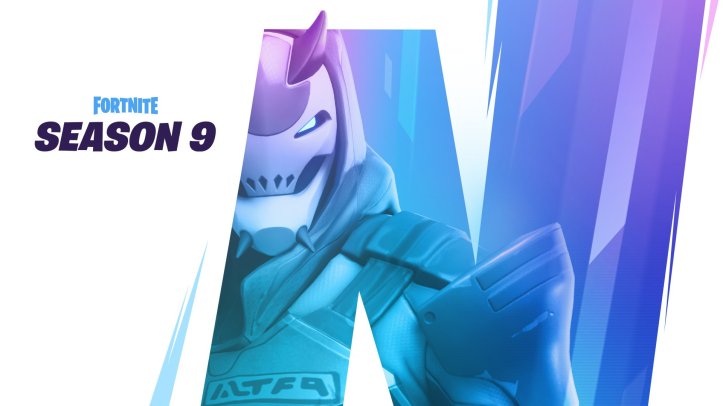 The challenges presented this week are not particularly difficult, though a couple were awkward.

The third challenge asks you to eliminate players with suppressed weapons which is restricted to sniper rifles and pistols, as far as I can tell. You will need to scrounge for the right weapons to achieve that.

The fourth challenge wants you to deal damage from vehicles. I initially figured I would need a friend to drive a quad bike before I remembered that the hover boards are classed as vehicles. This makes it easier than it looks, but can still be troublesome if you get ambushed.

The sixth challenge tasks you with using a chest, vending machine and campfire. Easy, however there is a slight bug/issue. Lighting a campfire only counts towards the challenge if you are injured and receive healing from the campfire. This was discovered after several, frustrated attempts.

Nothing new since the Horde mode occurred, last week. I was unable to complete the challenge and didn’t feel it was worthwhile to write about, in the end.

I don’t know how many Fortbytes you would need for the glider as it had already been unlocked when I earned Stratus. I would hope it would be the same for you, if you’ve been following along with the guides, though.

As with previous weeks, after completing all of the weekly challenges, you will unlock a new loading screen with a  clue inside. Here is Week 07’s loading screen!

Lurking over on the left-hand side of the image, you can see the Battle Star floating inconspicuously. But where is it?
After some thinking, i recognised the wall as a feature of the entrance to the Pressure Plant, placing the Battle Star on the staircase. And upon arrival, all I had to do was place a ramp to reach up to the Battle Star and gain another rank in the Battle Pass.

Fortbyte #02
This Fortbyte secreted away in the Utopia Loading Screen from Week 06. The description mentioned the holo-clock tower of Neo-Tilted and you will surely find the Fortbyte located at the top. Climb up or glide down to the location and pick up the chip before being blasted from afar. 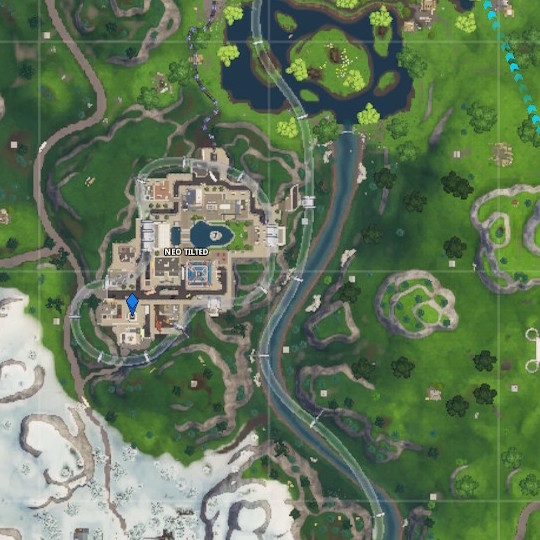 Fortbyte #03
This Fortbyte is located on the west-most edge of the map. Players of Season 08 will remember this location for one of the weekly challenges. Head over there and use the Skull Trooper emoticon to reveal the Fortbyte.

Fortbyte #12
As with many previous Fortbytes, you will need to use a spray to have this microchip reveal itself to you. Head into the lava-filled tunnels to the west of the Pressure Plant and lay down a dank Nana Nana Spray.

Fortbyte #14
It’s in the RV park, northeast of The Mega Mall. Do Fortbytes like camping? I don’t.

Fortbyte #30
This cheeky blighter is just sat under a tree. Free loot, yo!

Fortbyte #48
This Fortbyte is a tricky one. I spent many matches visiting all of the thrones I could think of, before I stumbled upon it. Rather than hiding near a conventional throne, this microchip has opted to reside beside an everyday throne, located south of Shifty Shafts, at the top of a snowy hill.
You will need to equip the Vox pickaxe to smash the gnome, which will yield our electronic friend. 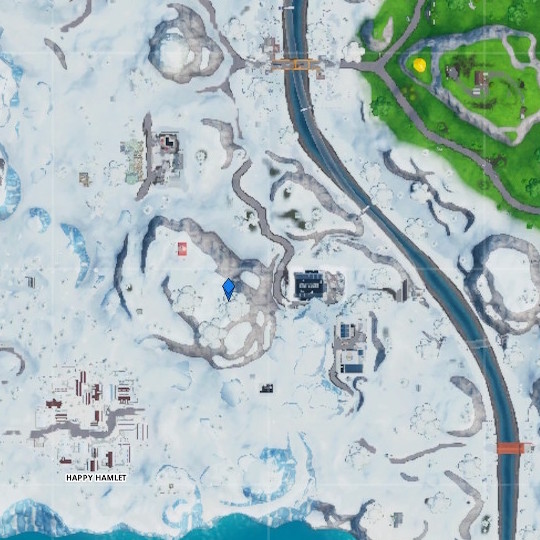 Fortbyte #49
You will find this electronic infant hiding in the ice cave to the southwest of the snow biome. You will either need to glide down from above, or travel around to the coast ad enter through the cave mouth.

Either way, another easy Fortbyte for your ever-growing horde.

Fortbyte #59
You will need the Door! Emoji to claim this Fortbyte’s favour. Head over to the Pizza Pit kitchens in Mega Mall and express yourself to bring it out of hiding. 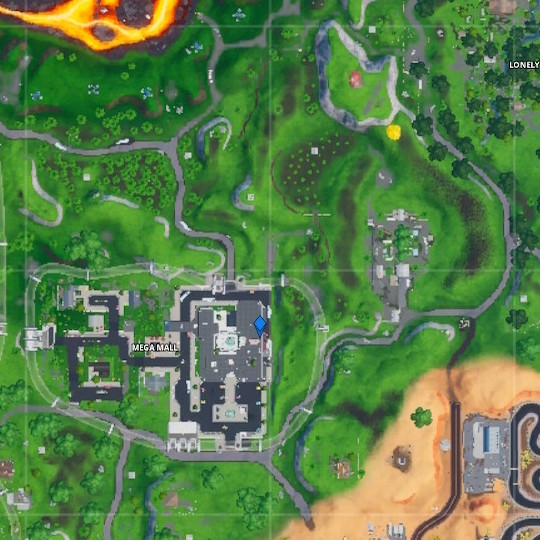 Fortbyte #93
Complete a bunch of challenges and get a free Fortbyte. Tidy!

Fortbyte #98
Viking Longhouse, eh? Well, there is only one place that could be…
Head to the viking village at the north of the snow biome and head to the main feasting hall. By the south-facing windows, you will find this Frtbyte stuffing it’s face with food.

And on that note, we shall conclude this week’s breakdown of Season 09. See you next week!

All screenshots were captured by Ellie and her foxy friend via the Nintendo Switch. The game depicted is owned by Epic Games and the log is owned by Foxy, the fox.
Don’t forget that you can keep up with Upon Completion via the Twitter @UponCompletion