Another month, another delay. I’m hoping to get this done by the end of the year…

U is another tricky letter. Whilst there are plenty of games beginning with U, perhaps most notably the Uncharted series, there’s not a huge number that I have played even a few minutes of. I came up with two, and I wouldn’t say one of them was fantastic. So, let’s talk about the other:
Until Dawn. I was planning to make a full size post about Until Dawn, but on compiling my notes for it, I came to realise that the points I wanted to discuss weren’t really discussion points. Instead, I’ll just stick them here. Before I do, I just want to say that I do actually like Until Dawn, despite its flaws. It brought something new to the “horror” genre that gaming hadn’t seen since possibly Telltale’s The Walking Dead (not that I consider it proper horror, but there are elements). Onto my thoughts. 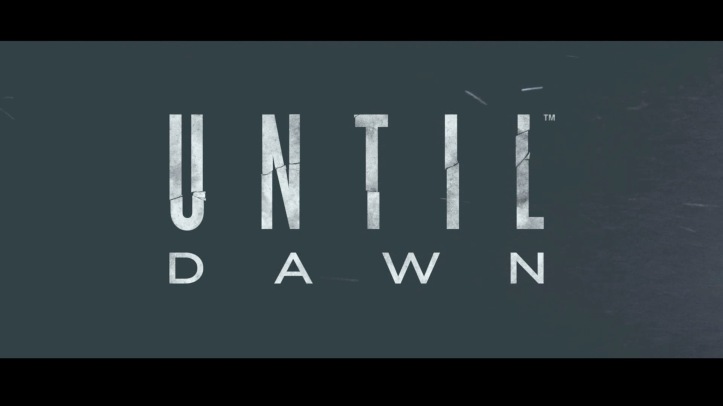 Until Dawn is a slow burn of a game, particularly at the beginning. Starting the game takes time, and it somewhat bizarrely asks the player if they want to play with traditional or non-traditional controls. I’ve watched a few Let’s Plays of this game, and I have yet to see anyone, or know anyone in real life, who has chosen “non-traditional” controls….
Of course, a new IP like Until Dawn needs some characters to pull people in. And with the technology available today, why not make those characters animated using motion capture? Here we say “Yay for token ‘celebrities’!” Some well known, and not so well known actors make an appearance in Until Dawn, including Hadyn Panettiere (I suspect a lot of you know her as the cheerleader in Heroes) and Rami Malek (known for playing Elliot in Mr. Robot, although he’s also got the role of Freddie Mercury in the upcoming Bohemian Rhapsody). Peter Stormare even pops up to try to scare the player now and then.

Speaking of characters, Until Dawn gets to play with not only horror and slasher tropes, but also mocks the high school stereotypes we’ve all seen, whether in horror films or in reality during our school years. Each stereotype is recognised within seconds of meeting the characters – Chris is the shy class clown who has a crush on the girl who has a crush on him, hiding his feelings until it’s too late. Mike is the typical jock with too big of an ego and girl problems. Emily meanwhile is the holier-than-thou prep with an attitude problem. They are all here, and it will probably bring you great joy to see their demise.
I do, however, take issue with some character traits and personalities, if you can call them that. Let’s start at the beginning of the game, with Hannah. The group of friends are supposed to be around 18 years old, yet Hannah is portrayed as seemingly much younger. Her diary entries and obsession with Mike are more akin to a younger teen – 14-16 – and I think she is far too naive about things. I also have an issue with her actions at the start of the game.

The group are having a winter break holiday in the mountains. Mike and Emily are a couple during this time, which is important to the point I’m making. Hannah has a major crush on Mike and is far too excited when Mike confirms he will be going to the getaway. Ok, that I can cope with. What I find ridiculous is the premise for Hannah running out into the snow and becoming lost and dead. Mike leaves a note for Hannah asking her to come to his room late at night. Hannah obviously does and things escalate a little quickly. She starts undressing and the gang reveal themselves to be filming her. 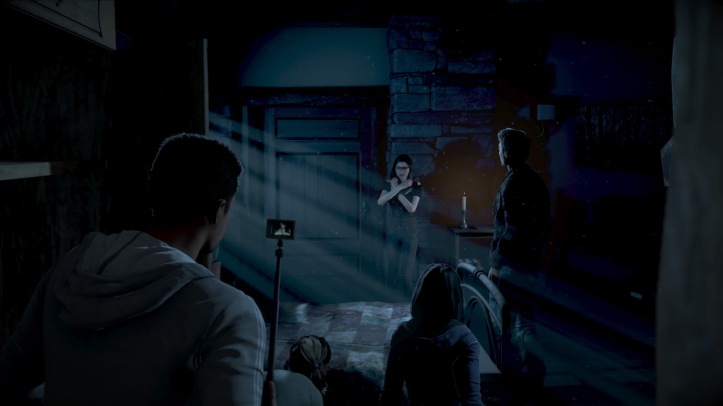 Yes, this is cruel and I would ask if they really are her friends. But I would also ask the following. One, why did you think it would be OK to turn up at Mike’s room in middle of the night out of the blue, even if he left you a note? Two, I find it difficult to believe that you would willingly start undressing at the mere mention of making out. Mike is dating Emily, first and foremost, and no friend would act the way Hannah did (I mean, the same could be said about the rest of the group, but let’s stay with Hannah). Three, you are supposed to be a normal 18 year old. I don’t know any 18 year old girl that would strip off at the mention of making out, let alone with a friend’s current partner. And then, when it all goes wrong, the first place she runs is the middle of the freezing forest on the mountain in the middle of nowhere.
Then we have Hannah’s brother Josh. I really like Rami Malek in most of his roles. But Josh s far creepier than he needs to be, and flips too much between creepy and just awful. I applaud Rami Malek for many of the scenes with Josh, particularly during his spiral into a mental health crisis. By the end few scenes with Josh, I almost felt the struggle. My biggest issue with Josh however is the motion capture. I’m not claiming I could do better, but I cannot take a large part of the game seriously as a result of odd, hilarious and downright ridiculous faces. Josh and Mike I think are the worst for this, but the issue with expression and motion capture is evident throughout. Peter Stormare’s character has an overly exaggerated mouth movements when talking and making noises. Mike’s face turns smiles into what can only be described as a horrifying grin whilst Josh also pulls some fantastically elastic faces. It detracts somewhat from the game and the ‘horror’ of the situation. 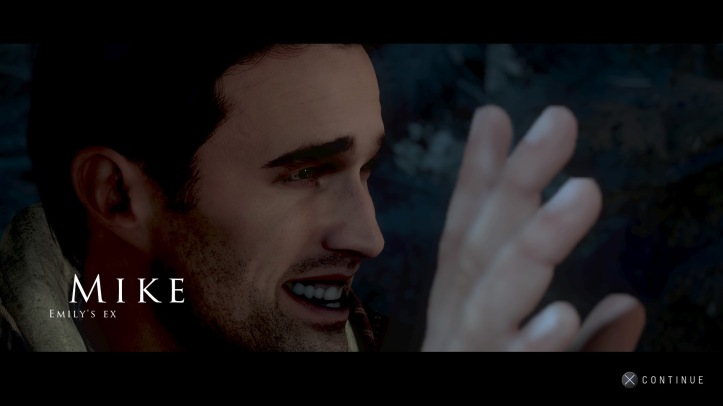 And before I go, I just need to ask: do you realise this game involves the butterfly effect. Because I just want to remind you that the game involves the butterfly effect. I am fond of chaos and the butterfly effect, and Dr Ian Malcolm is one of my favourite characters in any media. But boy does Until Dawn want you to think you can change the course of the game with little decisions. Whilst the constant hammering home of this concept is wearying, it plays out in a much more effective and convincing manner than any Telltale game I’ve played, and it does it in a way that encourages you to replay the game later. 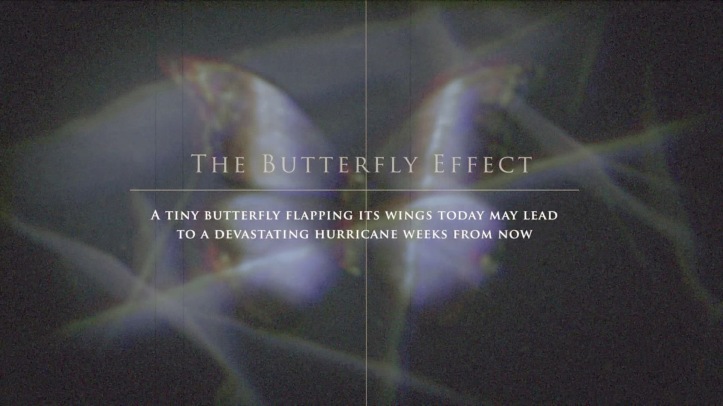 Yes Until Dawn has its flaws, and it’s not the most shiny looking game. It is also 80’s slasher horror cheese in video game form with several different endings and reasonable amount of replay value. It’s a slow burn but it’s worth a go if you haven’t played it and you enjoy the Telltale style of story telling.

Next time, I choose a game for the letter V, and it’s going to be adorable!

Khinjarsi does not want to spend the weekend on a spooky cold mountain thank you. All the images were taken as screenshots from the PS4 she was trying to convince to behave.