Hello to all you Completionists. This is Issue 1 of updates from Khinjarsi. I’m hoping to make this a fairly frequent thing, updating you guys on what I’ve been up to more generally. My reviews and posts aren’t always about the most recent of releases, but you bet I’m playing more than I write about!

The usual British summer has returned and brought with it dark skies and cold rain. My Cornish holiday had to be cut short unfortunately, but this has given me a extra day or two at home to curl up in my own bed and play video games.

So what have I been up to since my last update?

I have been playing a range of games lately, as I downloaded a few to take on holiday with me.
King Oddball. This isn’t the most riveting of games, and quite often makes me sleepy. The achievements are easy enough but time consuming – it’s very much a filler game.

Reus – a strange game from my Steam Library – this is gods meets the Titans from Hercules meets a management sim. It’s not quite the game I was hoping it was, and I really don’t see me playing it for hours and hours. I certainly won’t be 100% completing it.

Reigns – a simple but tricky game. Easy to start and difficult to win, this card game is great for short spurts so I imagine I will probably keep this in rotation for a while.

Political Animals – I don’t know what I think of this game right now. There was a lot of learn immediately and the first couple of playthroughs I was basically trying things to see what they did. It’s another that I probably will play a little while longer and then get bored with.

The Elder Scrolls Online – I play on my PS4 as my PC can’t handle it very well. I play as an Alliance Khajiit (what else?), and am currently hanging out in the cold of Windhelm. Feel free to hit me up if you fancy trying a dungeon or faffing around with me.

Counterspy – Another PS4 game underway. This is a cool 2.5D stealth game set in an alternate Cold War. As a spy, it is your job to sneak around and steal plans for rockets. I’ve been playing this one a while and still enjoy it in short bursts.

The Sexy Brutale (Steam) – I have mixed feelings about this game, and decided after much consideration that now I’ve finished the story, I don’t enjoy it or care enough to 100% complete it. I do recommend you take a browse through Pix’s newest  creation: The Rookie Plays The Sexy Brutale for a fantastic look at the game, but it just wasn’t to my liking enough to complete.

Two Point Hospital – I was so hyped for this game, and the few hours I’ve thrown at it have been a joy to play. I was right to be excited by this Theme Hospital successor. And I’ve also been chucking some hours into Theme Hospital as a fun comparison. 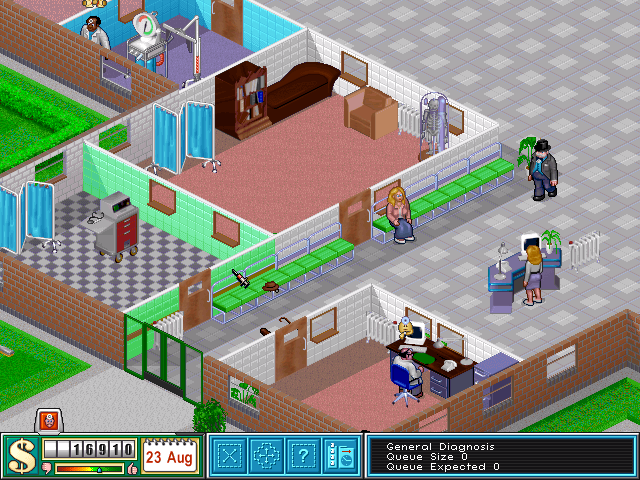 The Fog (James Herbert) – A horror/thiller from the author of The Rats (which I haven’t read yet). Unrelated to the film of the same name, The Fog is about a yellowy fog that causes people to go insane if they pass through it. It’s not unlike The Mist by Stephen King, which came out later than The Fog.

The Enemy (Charlie Higson) – I was pleasantly surprised by how much I enjoyed this book. Set in a post-apocalyptic London, kids run the city following some kind of disease outbreak among the 14+. I sped through my copy, and am now on the lookout for the next one.

I have a to watch list that is super long, but I’ve been catching up with Season 4 of Better Call Saul.

I’ve posted a few entries recently – I’ve had more to say about some of the games I’ve recently played and more time to write.

I currently am working towards my contribution for Normal Happenings’ MASSIVE collaboration project: Games That Define Us  It’s a big piece that is nowhere near finished, and after a day of work I can’t make much progress. I have until 1st October to finish, so I need to crack on!

Coming up soon will be more of A to Z of Gaming Me, a couple of awards I’ve/UC has received and possibly some minor things that come out of my visit to EGX in a few weeks.

If you want to be the most up to date Completionist, you can follow UC and/or Khinjarsi on Twitter, where is the quickest and easiest place to get updates:
UC can be found @UponCompletion, whilst Khin can be found @Khinjarsi_